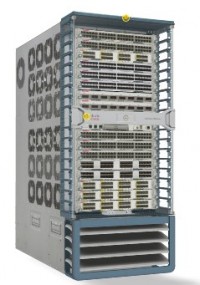 Cisco Nexus 7000 Series Switches offer one of the most comprehensive data center network feature sets in a single platform. They deliver high performance and density for both data center and campus core. They also offer a full feature set for data center aggregation, end-of-row, and data center interconnect (DCI) deployments in a highly resilient modular platform.

The Cisco Nexus 7000 Series runs on Cisco NX-OS Software. It was specifically developed for the most mission-critical enterprise and service provider deployments.

You can incrementally and cost-effectively adopt new networking technologies.

Technologies that you can support include:

For a price quote, please send us an email with the Part/Model #

We will buy your company’s excess equipment